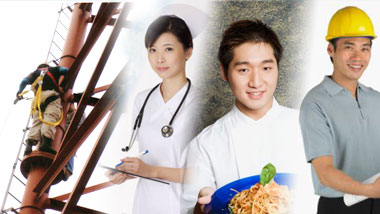 Ontario seen the addition of 43,900 jobs, British Columbia added 30,600 jobs and Nova Scotia added about 3,700. The POEA office also had a lot of new job postings from different agencies catering to the different Canadian companies. If you take a look at the POEA website, you can find hundreds of job openings just waiting for someone to step in and grab them.

Even though unemployment initially went up during the first quarter, there are a number of open jobs just waiting for foreign and skilled workers to step in and take on the role. Any Filipino interested in applying for one of these jobs should head over to POEA or one of the accredited agencies listed on the postings. Avoid any recruiters asking for processing fees.

If you ask people about the state of the economy in Canada, most will tell you that they are confident it is going to rebalance itself out over the course of the next couple years. There was a period of time where the oil prices were high and Alberta was growing at an alarming rate. Ontario deals with a lot of non-oil related manufacturing. They are looking to improve in relation to Alberta as well.

Because of all the growth and expansion, the number of people employed jumped substantially in May. In fact, it was the largest growth since October of 2014 when a whopping 62,200 people ended up finding work. The last major growth in the job market took place in April of 2012 when 93,000 new jobs were added. Even though economists expected about 10,000 positions to be added, the number far surpassed that.