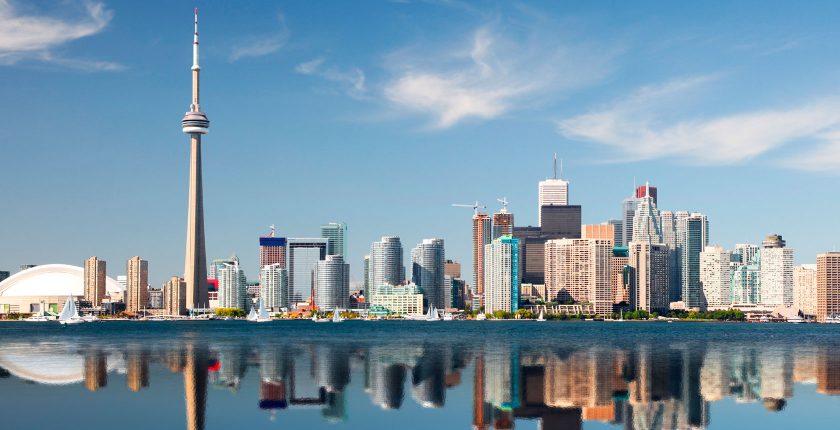 10 Cities best to live in Canada for immigrants

10 Cities best to live in Canada for immigrants

The world is skewed. While that there are some countries with dense population, others are inappropriately under populated. This leads to lack of essential services due to the shortage of skilled manpower to undertake the same. While some countries have aging populations who will soon depend on the Government for their support, other have a large proportion of their population young. While young professionals find it hard to secure good employment in densely populated countries, their services are in demand in countries with aging citizenry. As such, immigration is done to balance the disproportionate population distribution.

Canada is one such country. Large and with vast natural resources, it lacks adequate manpower to exploit its resource and expand the economy to its full potential. Immigration has been encouraged. However, immigrants have a hard time identifying the most suitable cities where they can integrate without any pressure.

Below are the top ten cities for immigrants to settle in Canada:

This city in South West of Ontario – also known as the Royal City – is located about 28km from Waterloo. It is also about 100km from Toronto. It is estimated to have a population of about 122,000 people according to the 2011 population census.

Due to excellent climate, strategic location and low unemployment rate, it is a preferred city for those who want to start a fresh life in Canada. The clean city with no form of violent crimes is magnetic to immigrants. This city is already culturally diverse, with an immigrants’ population relative to the locals standing at 17%. It also a low cost of living with the average cost of 2-bedroomed flats oscillating at $ 1,100.

With its schools, cultural and natural attractions, it is suitable a place to resettle.

St. Albert in Alberta is a major transportation junction. It is connected by a river, rail, road and airport. It is about just 10km to the North West of the Edmonton city. It has a population of about 63,300 people. Considered one of the wealthiest cities in Canada, it offers great opportunities for immigrants.

Its main attractions include public libraries, parks, sports facilities and schools. Its close proximity of Edmonton offers relaxed living environs within the precincts of a city. It has hospitals with a helipad. Students can learn in the local schools then proceed to Universities in downtown Edmonton.

It is served with a reliable transport system and business and professional opportunities are huge due to the wealthy residents. The unemployment rate is 5.1% while the population of immigrant stands at 9%, making it attractive to assimilate new immigrants.

Regina is the capital city of Saskatchewan Province. This city has an artificial lake. This improves the scenery. It has schools, universities, huge hospital. Its educational icon is the University of Regina.

It is surrounded by lush agricultural land – which had for decades been used to grow wheat. The cities growth is propelled by the increased agricultural productivity as well as the vast mineral deposits.

Large lands dedicated for parks, bike rides and nature walk. It has major sporting arenas, international airport and is the headquarters of several multinational companies. With its immigrants’ population to locals standing at 12%, and with a low unemployment rate of 5.2%, the relaxing and appealing living conditions sought after by the immigrants is irresistible.

The city of Burlington has a large proportion of its residents as immigrants – 18%. Located in Ontario and with a population of 176,000, it forms part of the greater Toronto area. With climate which is conducive and beautiful sceneries, immigrants love this city.

Its location is the catalyst to its meteoritic growth and high employment opportunities. It is a transportation junction with food processing, transportation, chemical and business services accounting for large job creation. It has excellent educational facilities from elementary to Universities.

Saanich city is another place with favorable immigrant’s conditions in Canada. It has about 17% o its residents as immigrants, a lower unemployment rate of 5.2% and a low living standard. Its population of just over 110,000 people. Hosting the University of Victoria, it offers excellent educational and medical facilities.

With the rent for a 2-bedroom apartment going for 1,140, it offers a low living standard in a fairly wealthy neighborhood.

Delta city is essentially part of the greater Vancouver. With a population of about 103,000 people and its midway point between Richmond and Vancouver, it offers an excellent settlement for immigrants. No wonder, its immigrants’ population is 27%, mainly from Asia. The city has a low unemployment rate of 4.2% and a lower apartment rent averaging $ 1,050 for a 2-bedroomed apartment. With an average household income of $ 72,000, it is one of the wealthiest regions in Canada.

It also possesses the best educational, sports and medical institutions.

Brossard forms part of the larger Montreal city. With a population of about 80,000 people, it is considered small and serene.

It offers sporting facilities, has excellent transport networks and public transport system. Its educational system is mainly French with several elementary to senior schools. They used the universities located in Montreal for advanced education.

With an unemployment rate of 5.3% and with over a third of its residents being immigrants, it offers a magnet for other new immigrants settlement choices. The average apartment rent of just $ 790.

Waterloo is so close to Kitchener they are often referred to as Kitchener-Waterloo. With a high immigrants’ population of 25% and a low unemployment rate of 5.2%, it is considered one of the best locations for immigrants’ residence.

Its economy is dominated by services and technology, the University of Waterloo playing a major role. High-tech institutions are prominent there attracting information technology graduates all over the world.

Gatineau city, west of Quebec is located on the banks of the Ottawa River. With a population of about 265,400, 9% being immigrants. It offers a serene career development and living environment. It has an unemployment rate of 6.6.

With excellent school facilities, transport systems and low cost of living, it is given a priority preference for immigrants settling in Canada.

Ottawa is the administrative capital of Canada. With a population of 951,700, it is the largest location for immigrants seeking the city bustle and greatly diversified opportunities. With the immigrants’ population estimated at 20%, it offers great obscurity for those desiring to be anonymous. Ottawa offers a relatively low unemployment rate of 6.6 for a city of that magnitude as well as immense opportunities for immigrants seeking better lifestyles.