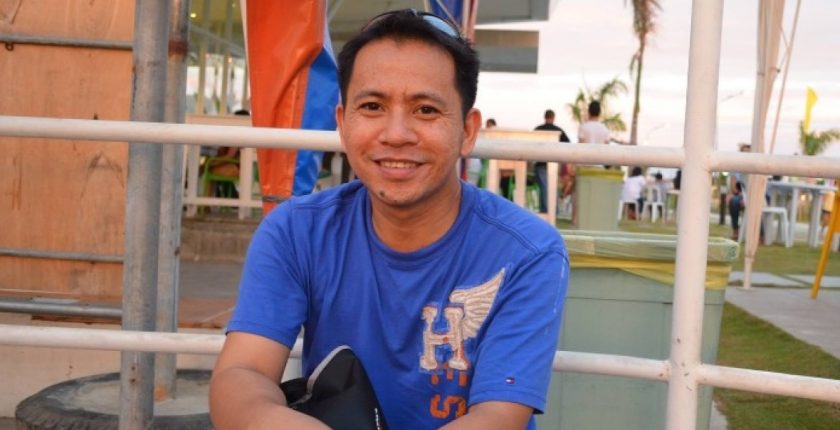 Members of Vancouver’s Filipino community are mourning the loss of a man whose hard work and dedication enriched his community. On November 5, Ronald Ordinario was cycling on a service road in Richmond when he was struck by a vehicle and killed. He leaves behind a wife and three children. Ordinario was a leader in Richmond. He helped found Migrante B.C., an advocate group for Filipino immigrants to B.C. Through Migrante, he ran also spearheaded local basketball and volleyball leagues.

Ronald Ordinario died on November 5 at age 37 after the bicycle he was riding was struck by a vehicle.

Erie Maestro, co-founder of Migrante B.C. and long-time family friend, told On The Coast host, Stephen Quinn, “Basketball is a big thing with Filipinos, whether they are overseas or in the Philipines.” “[The basketball tournament] became so popular that it became an annual event with Migrante,” said Maestro. Ordinario also established the women’s Sportsfest, which features volleyball.

Ordinario worked three part-time jobs so his wife could stay home with their three children. He assembled electronics, and worked as a custodian for the Burnaby School Board and for several businesses.

Ordinario’s family has struggled with his death. His sons, who are six and nine, receive counseling through their school. Ordinario’s widow, Nei-Ann, is still in post-partum recovery, and nursing a newborn.

Ordinario’s family is grateful for a successful crowdfunding campaign . Parents from the school Ordinario’s sons attend established the fund to cover expenses. In only three days, donations surpassed the $7,000 goal and reached $8,000.

His spirit will be honoured

Going forward, Maestro says Migrante B.C. is looking for a way to honour Ordinario for his contributions to the Filipino community. Considerations include renaming the annual winter basketball tournament for him, or establishing a trophy in his name.